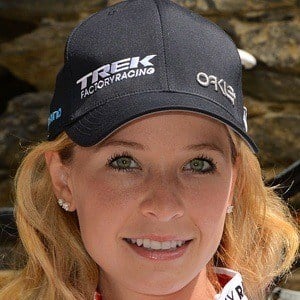 Canadian cross-country mountain biker who was crowned champion of the Pan American games in 2015. In 2016, she finished as the bronze medalist at the UCI Mountain Bike & Trials World Championships.

She began her racing career in 1999. She subsequently began competing in the Canada Cup mountain biking series by 2001.

She earned a silver medal in mountain biking at the 2014 Commonwealth Games in Canada. She finished in 4th place at the 2016 Olympic Games.

Her husband Adam Morka has also served as her personal cycling coach. She has three siblings.

She and Katie Archibald have competed against one another in various UCI Mountain Bike & Trials World Championships.

Emily Batty Is A Member Of