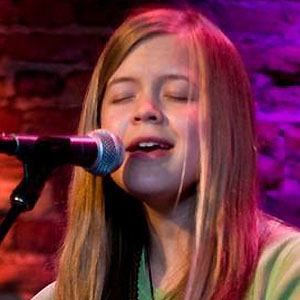 Singer-songwriter who released her debut album, Bright Side, in 2006. She has won honors like the Burnsong Contest in Scotland.

She attended the Berklee College of Music Five-Week Performance Program in Boston, Massachusetts.

She recorded a version of Michael Jackson's "Thriller," which was popular on YouTube in 2011.

Her father, Roland, is a pianist and her mother is named Jennifer.

She has been an opening act for Joan Osborne.

Emily Elbert Is A Member Of