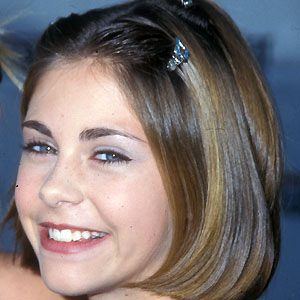 Actress best known for her roles a Sabrina Spellman in Sabrina, The Animated Series and as Amanda. Wiccan in Sabrina, The Teenage Witch. She earned a 1998 Young Artist Award for her performance in the TV movie The Right Connections.

She grew up in Sayville, New York, with three sisters, three half-sisters, and a brother.

She nearly starred in a Sabrina, the Teenage Witch spin-off based on her guest-star character, Amanda, but the show's pilot was ultimately not picked up.

She was born to William Hart and TV producer Paula Hart. She is the younger sister of Sabrina, The Teenage Witch actress Melissa Joan Hart.

In 2001, she starred as Shirley Temple in a TV movie based on the actress's life.

Emily Hart Is A Member Of