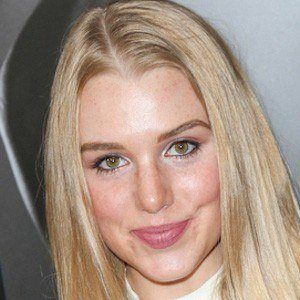 She appeared in a 2014 episode of the television series Veep.

She grew up in the Virginia suburbs of Washington, D.C. as the only child of William and Barbara Peachey.

She co-starred with Taylor Lautner in the 2011 film Abduction.

Emily Peachey Is A Member Of