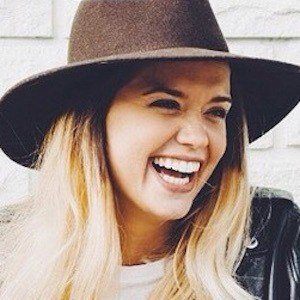 Country singer who is known for her 2012 self-titled album, which cracked the Americana Music Association (AMA) Top 200 upon its release.

She attended Belmont University in Nashville, Tennessee, where her intention was to study music business. She did not finish after immersing herself in the city's music scene artistically.

She has composed various songs for Disney Channel original programming. In January 2014, she released the three-song EP Drifter to iTunes. She signed to BMG as an artist/writer.

She was born and raised in British Columbia, Canada.

She has cited Annie Lennox and John Denver as musical influences on her own style.

Emily Reid Is A Member Of