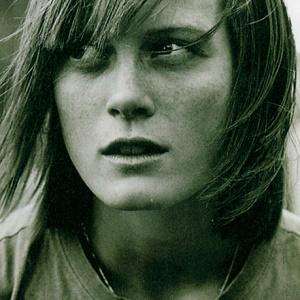 Famous for her multiple Vogue covers, her advertising campaigns for DKNY and Versace and her runway work for Marc Jacobs, this American fashion model also became founder and CEO of the branding agency Twice Social.

Before beginning her modeling career, she performed a mime act at Renaissance festivals and appeared in professional productions of William Shakespeare and Thornton Wilder plays.

She made brief appearances in the films The Devil Wears Prada and Employee of the Month.

The daughter of a lawyer and a nurse, she spent her youth in Rochester, Minnesota. She later settled in Los Angeles, California, with her musician husband Gary Gold; the couple welcomed a son named Henry Gold in 2010.

She became one of renowned photographer Annie Leibovitz's favorite subjects.

Emily Sandberg Is A Member Of