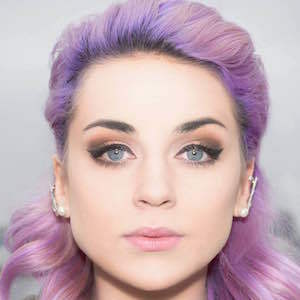 Lead singer of the alternative pop duo Lilac Lungs. She and musical partner John Birrell released their debut self-titled EP in February of 2016.

In December 2012, she posted the YouTube video "Ellen: Get Bruno to Bok Wit Me?" asking Ellen DeGeneres to help her get Bruno Mars to take her to her junior prom. She then went on to appear on Ellen's show, where Bruno surprised her with both a dance and a Gucci gown to wear to her prom.

After her prom, she auctioned off the Gucci gown Bruno Mars had given her to charity.

Her father and younger brother make appearances in her YouTube video "Ellen: Get Bruno to Bok Wit Me?"

Both she and Shania Walls are Michigan-born pop singers.

Emily Torres Is A Member Of