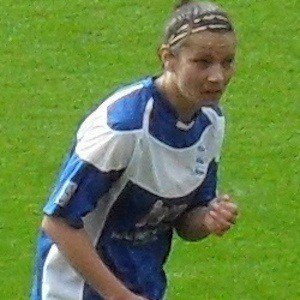 Her professional career began in 2000, when she appeared for the Wolverhampton Wanderers Football Club. She remained there for 5 years, until 2005.

She has also appeared as a member of the England National Club, beginning in 2000 for their Under-16 team. She went on to appear in both the 2005 and 2009 UEFA Women's Championships.

She was born and raised in Dudley, England.

In May 2009, she was one of 17 women, along with Rachel Brown Finnis, to be awarded a central contract as a member of the national club.

Emily Westwood Is A Member Of