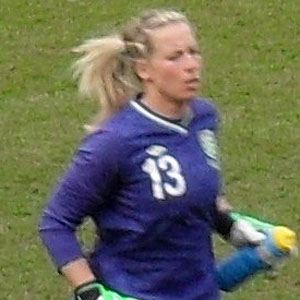 English goalkeeper, commonly known by her maiden name of Brown. She joined the Everton Ladies in 2003.

She became a goalkeeper simply because the boys in her school refused to let her play any other position.

She left England to move to the United States in her late teens because she saw the American attitude towards women's soccer as more progressive.

She developed a close relationship to Olympic gymnast Beth Tweddle.

Rachel Brown Finnis Is A Member Of