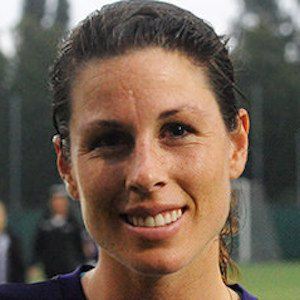 Canadian international defender known for representing her country at the 2008 and 2012 Olympic Games. She also played at the 2011 Cyprus Cup, which Canada would win.

She attended the University of Illinois, where she would become the team's first three-time All-American. She received the Big Ten Medal of Honor as a senior in 2009.

She was born to Rob and Lesley Zurrer and grew up with her sister.

She and Rhian Wilkinson have both held down the back line for Canada's national team.

Emily Zurrer Is A Member Of