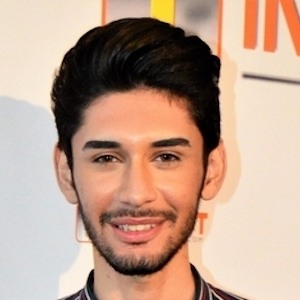 Pop singer who won the "Golden Microphone" in Kazakhstan, "Elia Catalano" in Italy, and "Opus - 2012" in Spain. He entered the American Musical and Dramatic Academy in 2015.

He was once a soloist of the State Children's Philharmonic.

He sang the duets "Jamayka" and "O Sole Mio" with Robertino Loretti in February 2011. He has over 230,000 followers on his Instagram account.

He ran a master class in his hometown of Baku in October 2016.

He and Gunel are both pop singers from Azerbaijan.

Emin Eminzada Is A Member Of