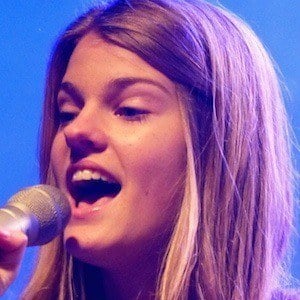 Singer and songwriter, she was put on the map after being on Belgium's The Voice Kids in 2014. In 2015, she released an EP called My World Untouched with six tracks on it.

After being on The Voice Kids she was discovered by the top Belgian record label and it helped her release her EP and the singles "All I Want" and "Run."

She spent her time after The Voice Kids touring Belgium and breaking into the top ten of all Belgian radio and iTunes charts.

She was born Emma Balemans in Sint-Katelijne-Waver and grew up with a sister.

She came to success by covering the song "All I Want" by the Irish rock band Kodaline both on The Voice Kids and later on her EP. It was her first number one hit in Belgium.

Emma Bale Is A Member Of