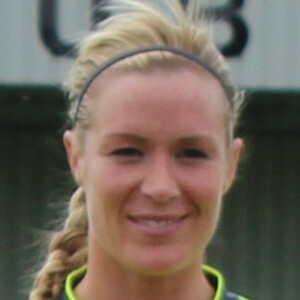 In 2000, this Irish soccer player became a goalkeeper for the Arsenal Ladies. Previously, she had played for both Fortuna Hjorring and St. Patrick's Athletic, as well as for the Republic of Ireland national team.

A native of Leixlip, Ireland, she played her youth career for Leixlip United.

She and her Arsenal teammates won the 2007 UEFA Women's Cup in a final against Sweden's Umea IK football club.

She and her English contemporary, Kelly Smith , both played for the Arsenal Ladies.

Emma Byrne Is A Member Of