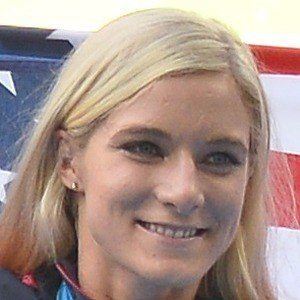 Middle distance runner known for setting an American record in the 3000 meter steeplechase at the 2016 Olympic Games. She also won the United States National Championship in the 3000 meter five times from 2011 to 2016.

She attended Crested Butte Community High School where she finished second in the 2008 Nike Outdoors Nationals Track and 2008 Field Championships.

She won the Big 12 steeplechase title while attending the University of Colorado.

Growing up, she and her family would raft and mountain bike in the summertime. She married Joe Bosshard whom she met at college.

In 2016, she met sportscaster Al Michaels who inspired her to go after her dream of joining the Olympics.

Emma Coburn Is A Member Of