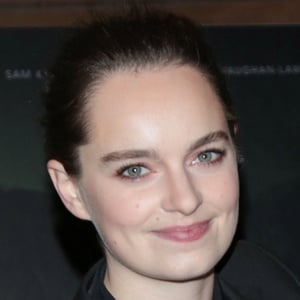 Dancer who is known for her appearance in the Justin Bieber short film DANCE: The Movement. She acted as a choreographer and dancer within the piece.

In 2012, she graduated with honors in dance from the Canterbury High School of the Performing Arts. She then studied at the Ailey School throughout 2013.

In 2012, she earned the American Dance Award for Young Choreographer of the Year. In October of that same year, she released a collaborative short dancing film, Dancing in the Dark, with fellow dancer Matt Luck. The video has been viewed more than 550,000 times since.

She was born and raised in Ottawa, Canada. She began dating Elliot Page in 2017 and the two married in January 2018. They separated in the summer of 2020, and Page filed for divorce in January 2021.

Her work on Justin Bieber's PURPOSE: The Movement film was reviewed in the New York Times.

Emma Portner Is A Member Of