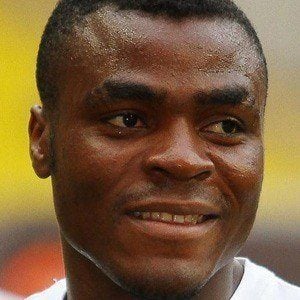 Striker who joined the Turkish team Fenerbahce in 2013 and became a member of the Nigerian national team in 2011.

He began his career on the Delta Force, who were unable to pay him because they had no funding themselves.

He was transferred to Spartak Moscow for €10 million and scored 18 goals in his first 37 appearances for the team.

He grew up in the Aguleri province of Nigeria.

He was joined by Victor Moses on the Nigerian national team in 2012.

Emmanuel Emenike Is A Member Of