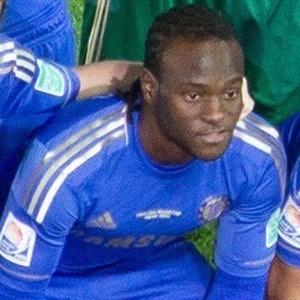 Nigerian-born winger who joined Chelsea in 2012 after spending two years with Wigan Athletic and three years with Crystal Palace.

He was first discovered by scouts while playing for his high school in the South of London.

He played for the English national team in the U-16 and U-17 championships and went to his native Nigeria to play in the 2013 Africa Cup of Nations.

His parents were both killed in a riot before he turned 12.

He became teammates with Frank Lampard on Chelsea in 2012.

Victor Moses Is A Member Of