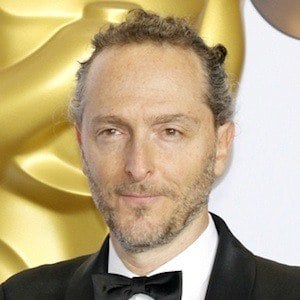 Cinematographer commonly referred to as "Chivo" who won the Academy Award for Best Cinematography for Gravity (2013),  Birdman (2014) and The Revenant (2015). He is renowned for his pioneering use of long takes and fluid camera movement.

He was a film student at Centro Universitario de Estudios Cinematográficos in Mexico City.

He won the Oscar for Best Cinematography three straight years, becoming the first cinematographer ever to accomplish this feat.

His father is actor Muni Lubezki. He has siblings named Pola and Alejandro. He married publicist Lauren Beth Strogoff.

He has worked with director Terrence Malick on several films, including The New World (2005) and The Tree of Life (2011).

Emmanuel Lubezki Is A Member Of