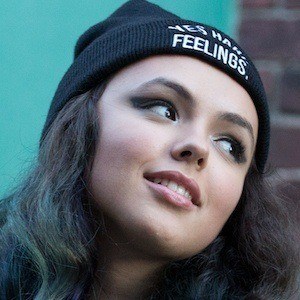 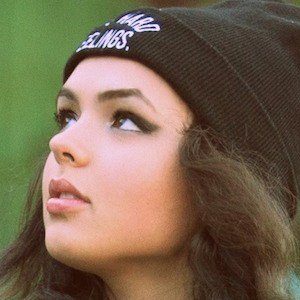 Award-winning indie pop/rock singer-songwriter who gained media attention after the release of her EP Life is a Metaphor and through her Live the Message tour.

She released her first song "Fighting Dragons" when she was just 13 years old.

She was the youngest and only solo artist nominated by the New England Music Award for Pop Act of the Year in 2016. She received the honor of Kiss Concert On the Rise and was a featured artist on Cider Magazine. She also won the Share Your Talent Contest for Tween Girl Style magazine.

She was born and raised in Milford, New Hampshire. She attended Berklee College of Music.

She's shared the stage and performed with many well-known acts, including Gwen Stefani, Halsey, Blink 182 and The Chainsmokers.

EMMARIE Is A Member Of