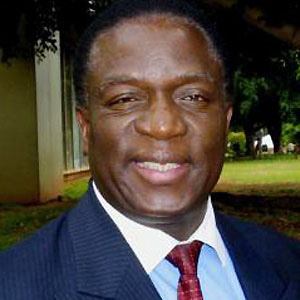 Zimbabwean politician who became the Minister of Justice, Legal and Parliamentary Affairs of Zimbabwe in 2013. He was previously the Speaker of Parliament of Zimbabwe from 2000 to 2005.

He studied at the Kafue Trade School and then at Hodgson Technical College.

His family raised him in the Mnangagwa Village of Zvishavane.

He served under President Robert Mugabe and was an early supporter of his and the nationalist cause.

Emmerson Mnangagwa Is A Member Of