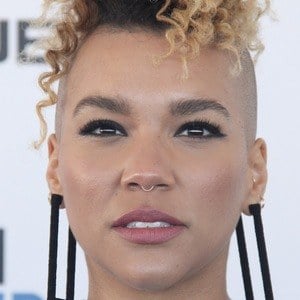 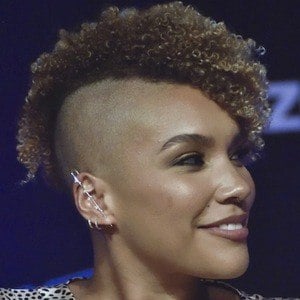 Musical theatre star who first became widely known as an ensemble member in the original Chicago cast of Hamilton. She would then play Angelica Schuyler in the 1st National Tour of the show. In 2019, she joined the cast of Netflix's The Umbrella Academy.

Some of her earliest professional theatre credits were as a standby for Elphaba in the National Tour of Wicked and as an ensemble member in the tour of Hair.

She has been seen on Broadway in the original cast of 2013's A Night with Janis Joplin and Jekyll & Hyde.

She has lived and worked in New York City and Chicago. She has dated rapper Daveed Diggs.

She appeared on the Chicago stage alongside Joseph Morales in Hamilton. She has collaborated/worked with Tom Hopper, Justin H. Min, Robert Sheehan.

Emmy Raver Is A Member Of