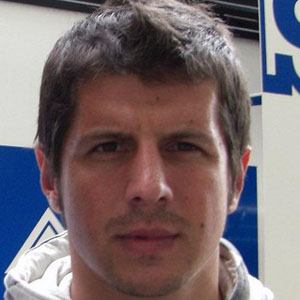 Midfielder who spent the first five years of his professional career with Galatasaray before going on to play for Internazionale, Newcatley United, Atletico Madrid and Fenerbahce. He became a member of the Turkish national team in 2000.

His father was a professional soccer player as well, and for that reason his mother did not want him to play the sport himself.

He found himself in trouble on several occasions for allegedly using racial slurs against opposing players.

He had a son with his wife, Tugba Gurevin.

He left Atletico Madrid in 2012, a year before David Villa was signed by the team.

Emre Belozoglu Is A Member Of