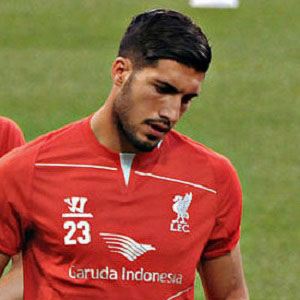 Midfielder who joined Liverpool in 2014 after a season with Bayer Leverkusen. He started playing for Germany's national team in 2015.

He debuted professionally with Bayern Munich's B squad in 2011, then made 4 appearances with the club's senior squad in 2012-13.

He was born in Frankfurt, Germany.

He joined midfielder Steven Gerrard on Liverpool in 2014.

Emre Can Is A Member Of