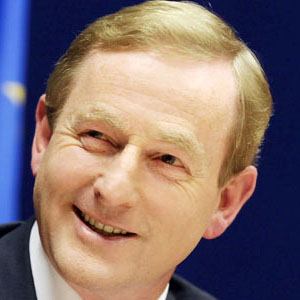 Irish politician who became the Prime Minister of Ireland in 2011. He was also the Minister of Tourism and Trade from 1994 to 1997.

He was a primary school teacher. He attended school in Galway and Dublin.

He was elected to the Dáil at the age of 24. He is a Labor Party member.

He married Dublinar Fionnuala O'Kelly in 1992 and they have three children.

He had a bilateral meeting with U.S. President Barack Obama in Dublin, Ireland in 2011.

Enda Kenny Is A Member Of