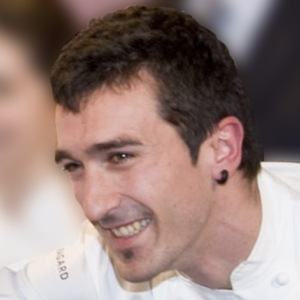 He worked in several restaurants in the Basque Country before being nominated for Pil-Pil Award.

His restaurant Azurmendi was named the second best restaurant in the world according to Elite Traveler Magazine in 2016.

He was taught to cook by his mother and grandmother.

Martin Berasategui was one of his cooking teachers.

Eneko Atxa Is A Member Of