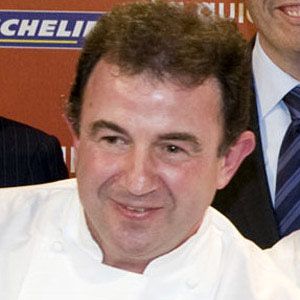 He began his culinary career by training as a pastry chef in France. Later, he took over his family's restaurant.

He had earned more Michelin stars than any other Spanish chef by 2011.

He came from a long line of restaurateurs and, at age fourteen, began to work at his parents' restaurant, Bodegon Alejandro.

He and chef Heston Blumenthal both attained three Michelin stars at their respective restaurants.

Martín Berasategui Is A Member Of