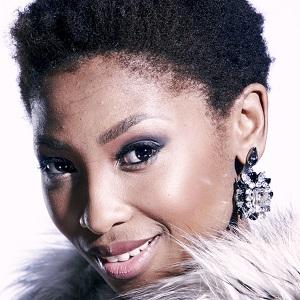 Actress and television presenter who is well known as Lindiwe Mabaso on Rockville and as the presenter of the entertainment show Star Biz.

She established herself as more than a pretty face early in her acting career with a number of roles that earned her respect from peers.

She has credits in shows such as Tshisa, Rhythm City, and Soul City.

She was born in South Africa.

She married Nathi Maphumulo, AKA Black Coffee, in 2011.

Enhle Mlotshwa Is A Member Of