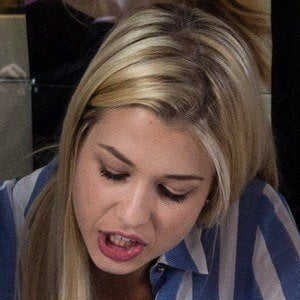 French beauty guru as well as a fashion, lifestyle, and teenage advice vlogger, she uploads videos to her YouTube channel EnjoyPhoenix. She is also popular on Instagram, with more than 5 million followers.

She is from Lyon, France and has a sister named Juliette and brothers, Louis and Jules. She dated FaZe member and fellow YouTuber WaRTeKGaming.

In May of 2016, she published a video featuring actress Sophie Turner entitled "HELLO SOPHIE TURNER ♡ VLOGMAI"

Marie Lopez Is A Member Of