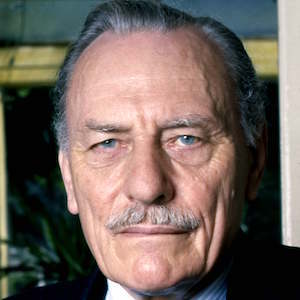 British politician who served in Parliament as a member of the Conservative Party until 1974 and later joined the Ulster Unionist party. He was also a classical scholar and a poet.

He attended Trinity College, Cambridge from 1930 to 1933 and studied a number of languages, including Urdu, because he hoped to became Viceroy to India.

In 1968, while serving as Shadow Secretary of State for Defence, he gave a controversial speech on immigration historically recalled as the "Rivers of Blood" speech. He was summarily dismissed from his position.

He married Margaret Pamela Wilson in 1952 and the couple had two daughters together.

He was first elected to Parliament during the tenure of Harold Macmillan as Prime Minister.

Enoch Powell Is A Member Of