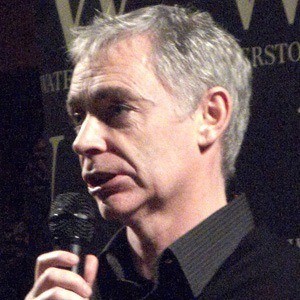 Children's and fantasy fiction writer who is best known for penning the Artemis Fowl book series. His other works include the O'Brien Flyers trilogy, Half Moon Investigations, and the Benny Shaw books.

He published his first book, Benny and Omar, in 1998. His debut Artemis Fowl book, published in 2001, became a New York Times bestseller.

He wrote the sixth book in The Hitchhiker's Guide to the Galaxy series, titling the long-anticipated sequel "And Another Thing...".

He was born in Wexford, Leinster, Ireland. He has two children, Sean and Finn, with his wife, Jackie Colfer.

He was asked to write the sixth Hitchhiker's Guide to the Galaxy book by Douglas Adams' widow.

Eoin Colfer Is A Member Of