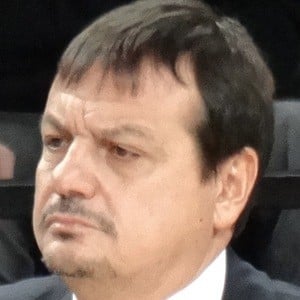 Turkish basketball coach who has gained fame coaching for teams such as Andalou Efes, Besiktas, and Efes Pilsen. He has also been the coach of the Turkish National Team.

He and his wife Berna Ataman have a son named Sarp.

He was the head coach of the Turkish national team including Cedi Osman and Ersan Ilyasova.

Ergin Ataman Is A Member Of