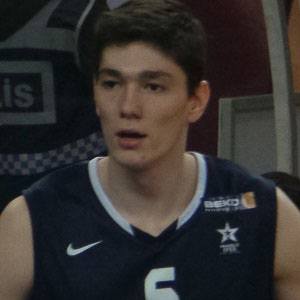 Versatile Turkish forward who began his professional career with Anadolu Efes in 2012. He was selected 31st overall in the 2015 NBA Draft by the Minnesota Timberwolves, then traded to the Cleveland Cavaliers.

His junior career began with KK Bosna in 2001. He joined the Anadolu Efes junior team in 2007.

His older brother Dzaner is also a basketball. He became engaged to Ebru Sahin in September 2021.

He and fellow forward Jordan Mickey were both early second round selections in 2015. Mickey was taken by the Boston Celtics two picks later.

Cedi Osman Is A Member Of