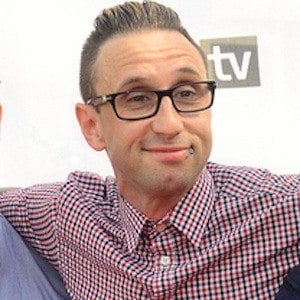 Bassist, pianist and backing vocalist for the hard rock band Shinedown who joined the group in 2007 after opening his own recording studio called Ocean Industries. He previously helped out bands such as Tyler Read, Oh Juliet, The Working Title, and Souls Harbor.

He was playing the trombone at the age of 13 and would receive a guitar for Christmas that year. He played drums in his school marching band.

He toured the southeast in various bands for eight years before forming a band called Deepfield in 2002. He left Deepfield before the band produced their first album.

He used to sing and play piano with his sisters. He married Kellie Bass.

He joined Zach Myers as a member of Shinedown.

Eric Bass Is A Member Of