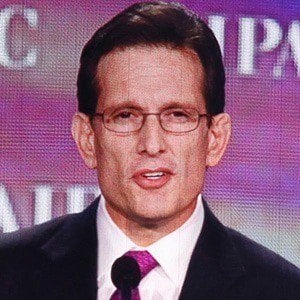 American politician who was elected the U.S. Representative for Virginia's 7th congressional district in 2001. He became the House Majority Leader when the 112th Congress convened on January 3, 2011.

He attended college at George Washington University and earned his JD from William and Mary Law School in 1988.

As of 2014, Cantor was the only Jewish Republican in Congress.

He married Diana Marcy Fine in 1989 and they have three children.

He and Tom DeLay both served as House Majority Leader in Congress.

Eric Cantor Is A Member Of