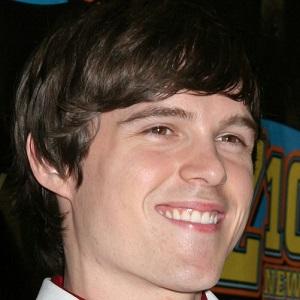 Singer-songwriter who gained fame as the frontman for the pop-rock group The Click Five. His solo debut, Forever is Not Enough, was released in 2012.

He was born in Indianapolis and was friends with The Click Five's Joey Zehr in high school.

He and The Click Five played a band named 5 Leo Rise who gets kidnapped in the 2007 film Taking Five.

He has children with his wife, Lauren.

He wrote the single "No Surprise" for singer Chris Daughtry in 2007.

Eric Dill Is A Member Of