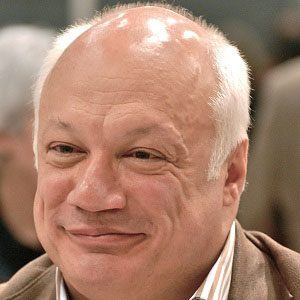 Famous for both his plays and his novels, this French-Belgian author penned such award-winning scripts as Monsieur Ibrahim et les Fleurs du Coran and Golden Joe and such novels as When I Was a Work of Art and Oscar and the Lady in Pink. He received the French Academy's 2001 Grand Prix du Théâtre.

He earned an advanced degree in philosophy from Paris' Ecole Normale Supérieure and subsequently taught in northern France. He published his first play, Don Juan on Trial, in 1991, and his debut novel, La Secte des Egoïstes, in 1994.

His fiction series, Le Cycle de l'Invisible, focuses on the theme of harmony among people of different religions.

He grew up in the suburbs of Lyon, France, and later lived in Paris, France and Brussels, Belgium. He became a Belgian citizen in 2008.

Eric-Emmanuel Schmitt Is A Member Of