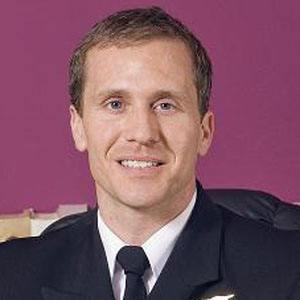 Decorated Navy SEAL who became the award-winning author and CEO of The Mission Continues, which was founded to support veterans and their families.

He was deployed four times on missions in the War on Terror. He was awarded the Purple Heart and the Bronze Star medals, among other decorations.

He published a book of essays and photographs about humanitarianism and a memoir of his days in the military service, which also laid out his personal philosophy.

He appeared on several news programs and on The Colbert Report, where he talked about his nonprofit organization and his intensive military training.

Eric Greitens Is A Member Of