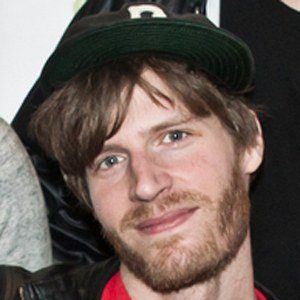 Guitarist for the indie rock band Portugal. The Man, known for songs such as "Sleep Forever," "The Dead Dog" and "People Say."

He previously played guitar for a band called The Lashes.

He became paralyzed from the waist down in 2007 after falling down a 12-foot-deep pit at a construction site. He broke multiple vertebrae and severed his spine.

He is an Alaska native.

He has played alongside Zachary Carothers in Portugal. The Man.

Eric Howk Is A Member Of