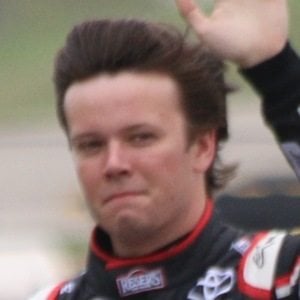 American race car driver who began his NASCAR career in 1998.

He won a NASCAR Midwest Series before moving up to major series NASCAR.

He competed in his first NASCAR Camping World Truck Series at the 2001 GNC Live Well 200 at Milwaukee.

His first NASCAR race came at the 1998 Carquest Auto Parts 250, which was won by Dale Earnhardt Jr.

Eric Jones Is A Member Of