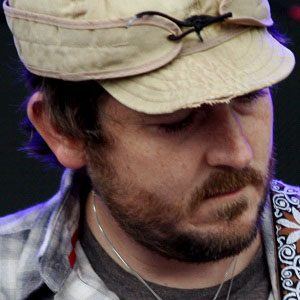 Indie bassist and back-up singer known for his work with Modest Mouse. His albums with the band include The Moon & Antarctica and Good News for People Who Love Bad News.

As a child growing up in Half Moon Bay, California, he dreamed of performing with a band. In his teens, he met his future Modest Modest collaborators, Jeremiah Green and Isaac Brock.

He settled in Seattle, Washington with his wife and children. His infant son, Milo, made cooing sounds on track twelve ("Interlude (Milo))" of Good News For People Who Love Bad News.

He and drummer Jeremiah Green were both original members of Modest Mouse.

Eric Judy Is A Member Of