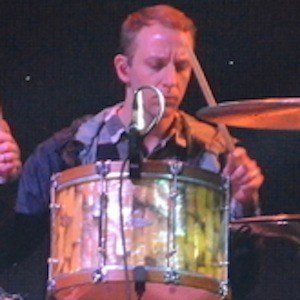 One of the founding members of the indie rock band Modest Mouse who played with them from 1993 to 2003 and then rejoined in 2004.

He has played with Satisfact, Red Stars Theory, Peeved, Vells, and Psychic Emperor.

He is able to speak some Japanese, a skill that was showcased on the Modest Mouse album, Night on the Sun.

His father was in the Army and he grew up with an older brother, one half-sister, and one stepsister.

He considers John Bonham among his musical inspirations.

Jeremiah Green Is A Member Of