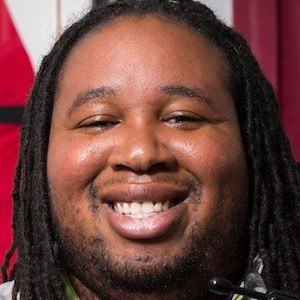 Former defensive end for Rutgers whose career was ended by a spinal cord injury in 2010. He broke his C3 and C4 vertebrae while making a tackle, paralyzing him from the neck down. He's since become a motivational speaker as well a sports radio talk show host.

A standout in high school, he joined the Rutgers University football team in 2008. He started contributing as a true freshman and had already been a significant contributor by the time he took over a starting role as a junior.

At the time of his injury, he was told he would probably never be able to breathe on his own again. However, by the start of 2011, he was able to breathe without a ventilator. He's regained some movement in his shoulders as well as sensation throughout his body. He received the Jimmy V Award for Perseverance in 2012.

He's taken care of by his mother, Karen. He has a sister named Nicole.

His coach at Rutgers was Greg Schiano. After Schiano joined the NFL's Tampa Bay Buccaneers in 2012, he signed LeGrand to an honorary free agent contract.

Eric LeGrand Is A Member Of