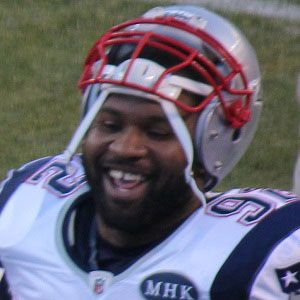 6th round pick of the New York Giants in 2005 who has also played defensive end for The New Orleans Saints, St. Louis Rams, and New England Patriots.

He played his college ball at Florida State and earned second-team All-ACC honors in 2003.

He has had two brief stints in the United Football League with the Florida Tuskers and the Virginia Destroyers.

He was born in Pahokee, Florida.

While playing for the Patriots, Bill Belichick was his head coach.

Eric Moore Is A Member Of