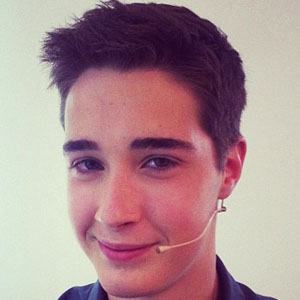 Actor who was cast as Miles Hollingsworth III on the popular Canadian teen drama Degrassi: The Next Generation and again on Degrassi: Next Class. Also a musician, he has been a part of the alternative/folk band Eleanor Shore.

He joined the cast of Degrassi in the show's thirteenth season.

He was the first boy to kiss fellow Degrassi cast member Ana Golja.

He was born in Canada and raised alongside his sister Sarah.

He became good friends with his Degrassi co-star Olivia Scriven.

Eric Osborne Is A Member Of

Degrassi: Next Class
Degrassi: The Next Generation
Boys vs. Girls
24 Year Olds