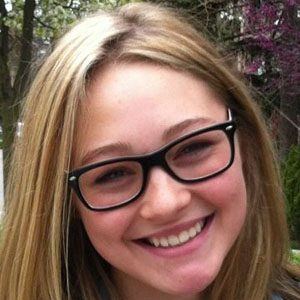 Teen actress who rose to fame for her portrayal of Maya Matlin, Katie's little sister, on season 11 of the popular series Degrassi: The Next Generation. She reprised the role on Degrassi: Next Class.

She was studying at the Pearson School for the Arts when she won her role on Degrassi.

She gained fame for her role as Patti in the HBO miniseries The Yard.

She has two brothers named Xavier and Quinn.

She played the on-screen younger sister of Chloe Rose on Degrassi.

Olivia Scriven Is A Member Of