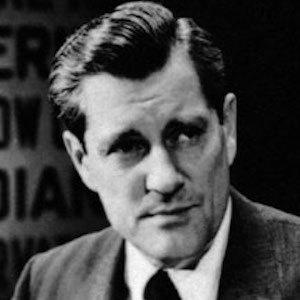 Radio and TV correspondent who covered WWII news in Europe and did not retire until 1977.

He went on many adventures, such as canoeing the Minnesota River.

He was CBS journalist with a strong connection to his Norwegian heritage.

His parents were named Clara and Alfred.

He was hired by Edward R. Murrow.

Eric Sevareid Is A Member Of