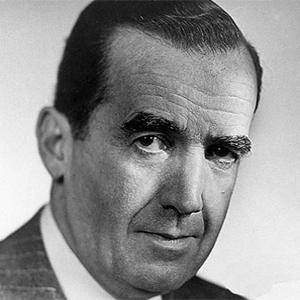 Radio and TV journalist who was read widely during WWII and the McCarthy hearings.

In high school, he was on both the debate and basketball teams.

Many contemporaries of his commented on his keen ability to give honest news as a journalist.

He spoke with Harry S. Truman on the show This I Believe in the 1950s.

Edward R. Murrow Is A Member Of