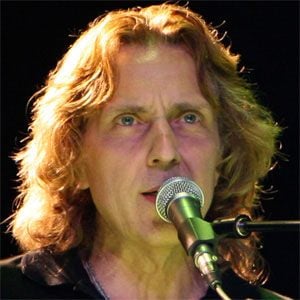 Singer, songwriter, and keyboard player. He was an original member of both ELO (Electric Light Orchestra) Part II and its offshoot group, The Orchestra.

Early in his career, he provided backup vocals for such renowned musicians as John Lennon, Billy Joel, and James Taylor.

He released his debut solo album, Model Citizen, in 1993.

He grew up in Elkhart, Indiana. Between 1973 and 1986, he fathered three daughters: Asia, Lindsay, and Lauren.

Eric Troyer Is A Member Of