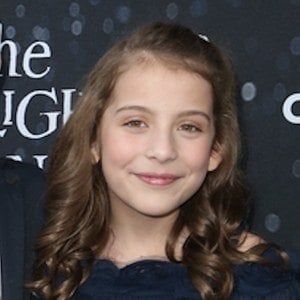 Child actress with film credits in Before I Fall as Izzy Kingston, The Bye Bye Man as Alice, Juliana & the Medicine Fish and A Perfect Wedding as Madison.

Some of her first professional credits were guest-spots on the television shows The Killing and Supernatural.

She was cast in a 2017 TV series called Imaginary Mary starring Jenna Elfman.

She is the youngest Tremblay sibling. Her brother Jacob and her sister Emma are both actors.

She played the sister of Zoey Deutch in Before I Fall.

Before I Fall
The Bye Bye Man
Extinction
More