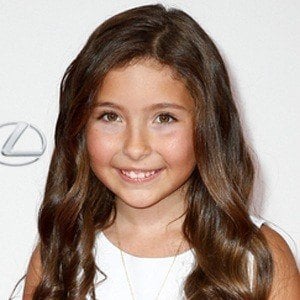 Child actress who has appeared in the major motion pictures Elysium, The Giver and The Judge. She also had recurring roles in the M. Night Shyamalan-produced series Wayward Pines and The CW's Supergirl.

She made her professional debut in 2013 when she appeared in Elysium and the TV movie Let It Snow.

She starred as the title character Juliana in the movie Juliana & the Medicine Fish.

She is the oldest of three siblings. Her younger brother is actor Jacob Tremblay and younger sister is actress Erica Tremblay. Her father Jason worked as a police detective and her mother Christina was a homemaker.

She was cast alongside Alexandra Daddario in the 2018 thriller Nomis.

Emma Tremblay Is A Member Of

Supergirl
The Giver
Wayward Pines
Caught in His Web